Scroll down for more

I'm a video, photo and audio journalist based in Iraq. I've worked as a journalist and producer for the last six years, covering the Battle of Mosul, personal stories, and other issues and conflicts impacting young Iraqis. I am interested in showing and telling stories from my country, and working with others to produce meaningful work that confronts. Here you can find a sample of my work.

Examples of my TV work: 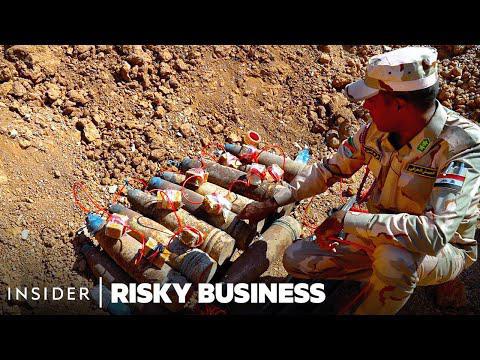 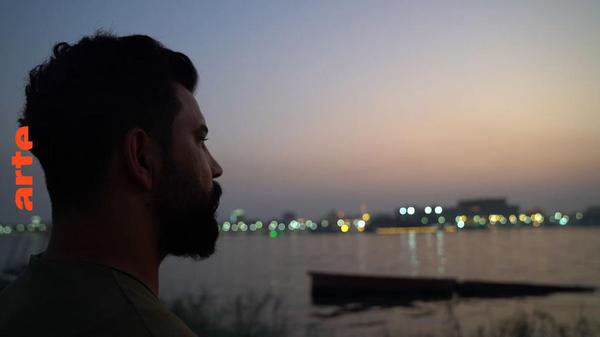 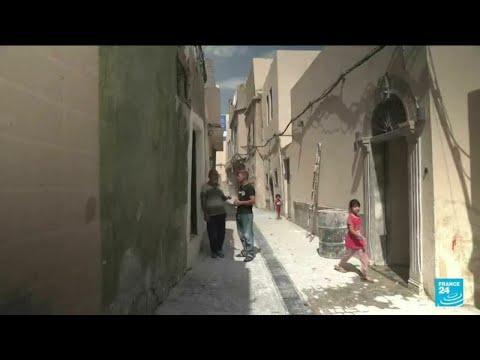 Five years after the recapture of Mosul by the Iraqi army and its Western allies from the hands of the Islamic State organization, the second city of the country is slowly rising from its ashes even if a large part of the historic center still remains in ruins. 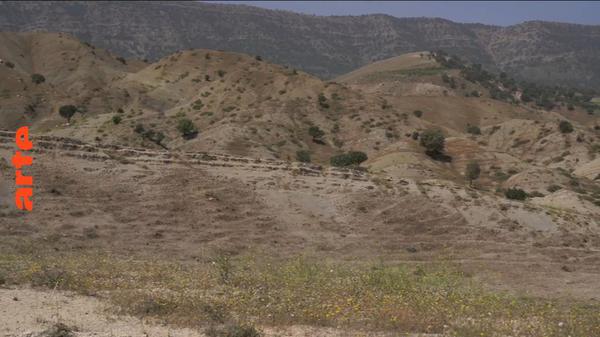 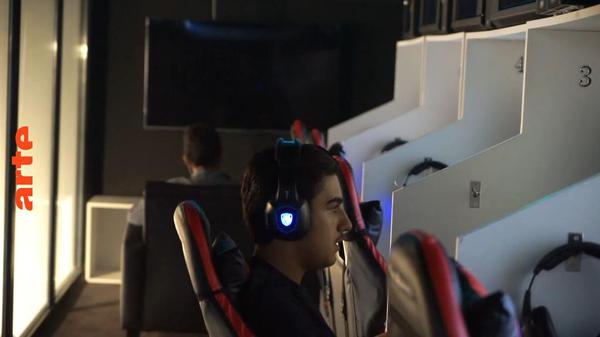 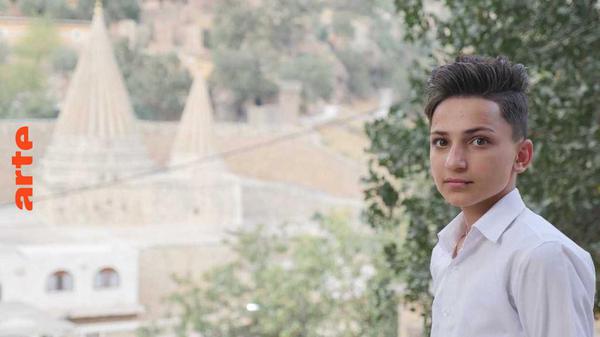 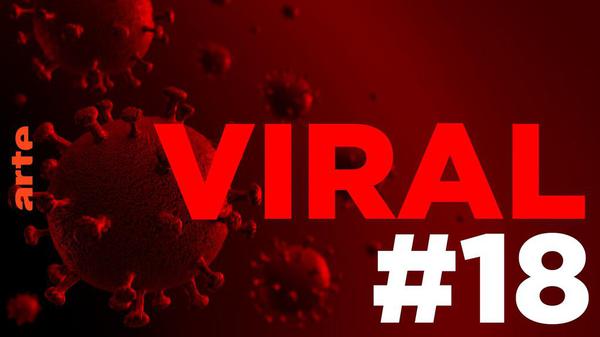 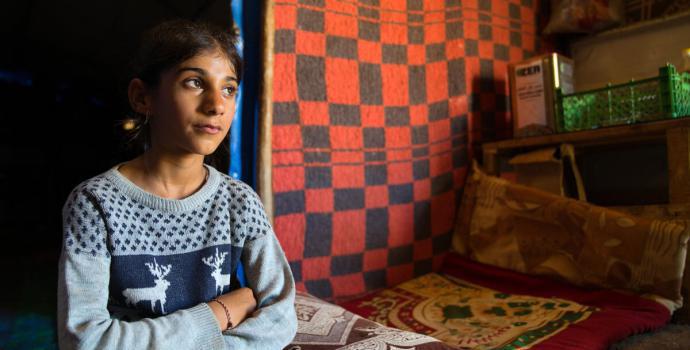 Save the Children International • 22nd September 2022

ERBIL, 22 September 2022 - Yazidi children whose lives were shattered by ISIS attacks in northern Iraq eight years ago must not be forgotten by the international community, which must help fulfil their right to an education and hopes for a better future, Save the Children said today. About 400,000 Yazidis – an ethnic and religious minority group – were captured, killed, or forced to flee from their ancestral homeland in Sinjar in August 2014 after ISIS crossed the border from Syria. The United 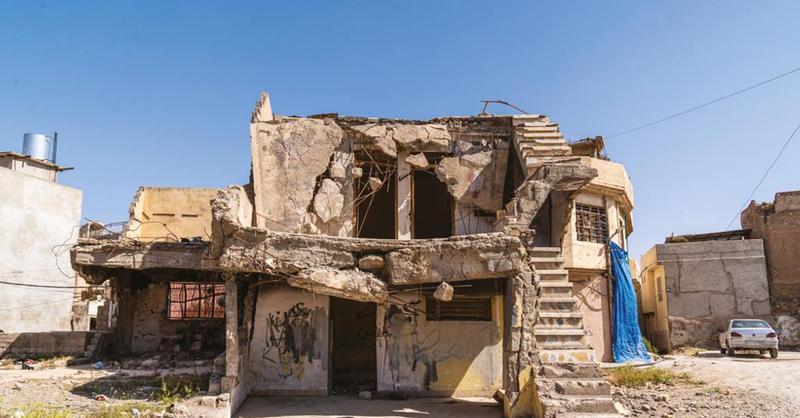 How Iraq’s Christians are rebuilding their ancient churches

When Islamic State (IS) marched into the Nineveh region of northern Iraq in 2014 and declared it a caliphate under sharia law, it destroyed one of the oldest communities of Christians in the world. Jihadists desecrated ancient churches and 50,000 Christians fled. After its capital Mosul was liberated in 2017, Al-Bishara Church was the first to reopen. Five years on, local journalists Stella Martany and Meethak Al-khatib visited on Easter Sunday to speak to the Christians tentatively reassembling 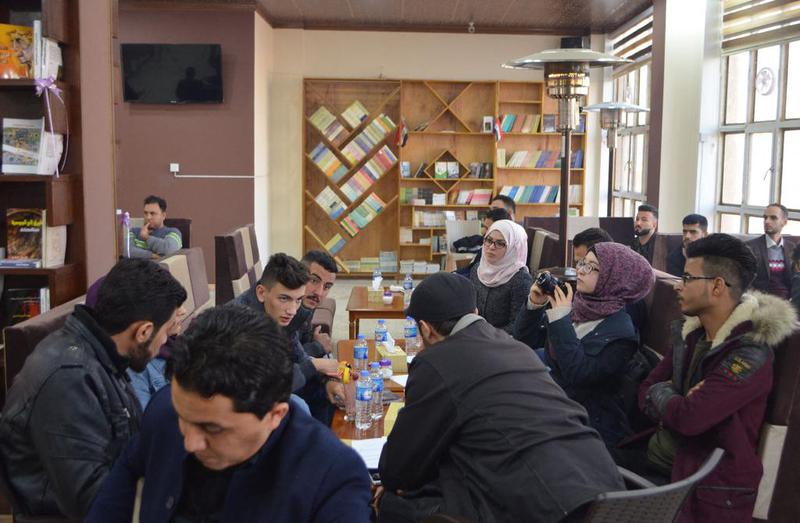 MOSUL, Iraq/BOGOTA, Colombia: Taking a seat at the top table in Mosul’s Book Forum cafe one evening in September, political blogger Saad Amer introduced his two guest speakers, both independent candidates running in Iraq’s Oct. 10 parliamentary elections. This was the fifth such event organized by the Khutwa Club, a debating society that meets regularly at the northern city’s popular cafe — its foremost cultural and literary venue. Since Mosul was retaken from Daesh extremists in 2017, the caf 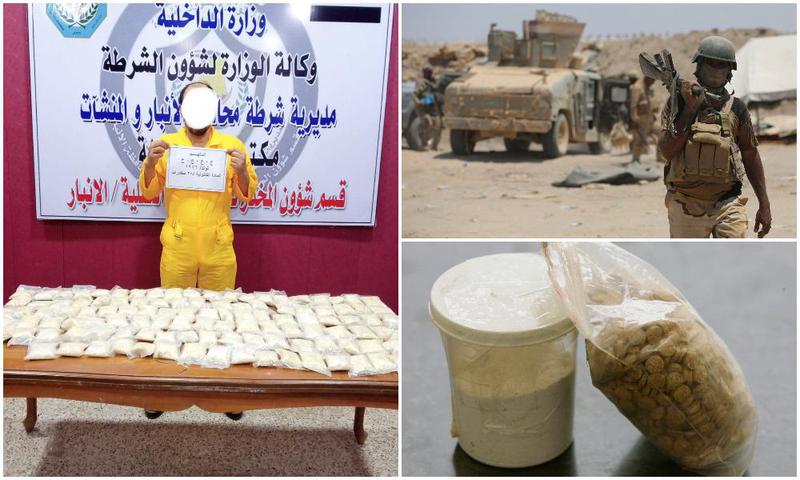 RAMADI, IRAQ / BOGOTA, COLOMBIA: Ramadi was liberated by Iraqi security forces in the closing days of 2015 after several months under Daesh control. Since then, the people of this war-shattered provincial capital 110km west of Baghdad have struggled to rebuild their lives in the face of severe economic hardship. After decades of war, occupation and neglect by central government, the people of Ramadi are barely scraping by, with high rates of unemployment, sluggish post-war reconstruction and th 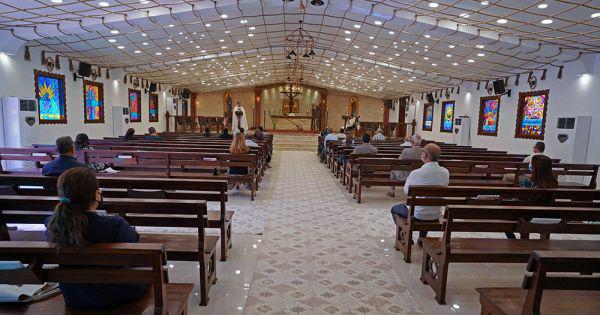 Voices of Iraqis awaiting Pope Francis: He comes to say, 'I am with you'

Baghdad and Erbil, Iraq — Christians across Iraq are eagerly anticipating Pope Francis' planned March 5-8 visit to their country, the pontiff's first sojourn abroad since 2019. Although Christians represent a small minority of the Iraqi population, perhaps numbering 1 million out of a total population of 39 million, they trace their lineage to the earliest decades of the faith. Presented here are portions of recent interviews with five Iraqi Christians in Baghdad and Erbil, focusing on their hop 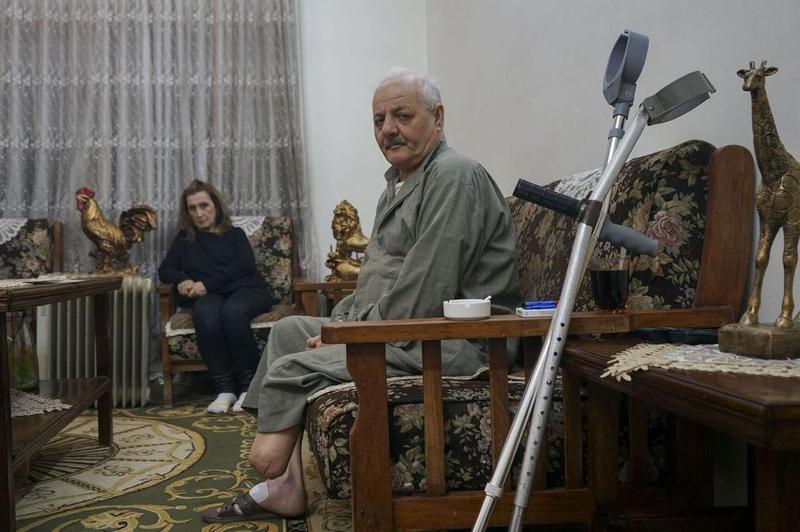 Reach out to me for filming / photography / producing opportunities or requests.

Pieces I contributed to:

Explore a selection of additional work I contributed to here... 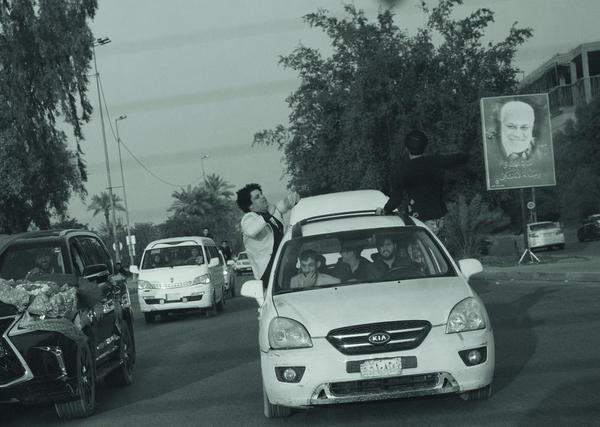 Will the Islamic State have its own Nuremberg?

In the Roj (“sun” in Kurdish) camp, located at the foot of a small hill in Syria, moving shadows and dark silhouettes stand out between the white tents beyond the barbed wire fence. There live some of the last survivors of the fallen caliphate. Women and children that once were part of the Islamic State, 550 families altogether, locals and foreigners, who are today detained by Syrian Kurds. Some of these women are clients of Nabil Boudi, a lawyer who came all the way from Paris to represent them 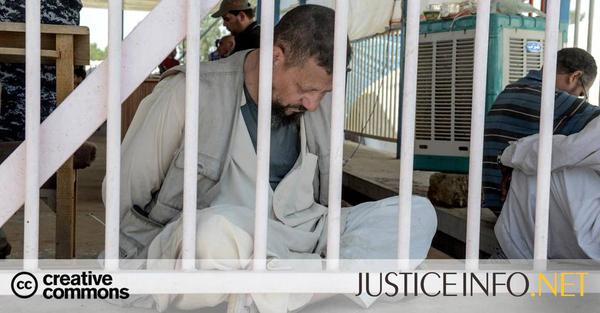 A bell sounds. A policeman opens a small wooden door and lets a young man with shaved hair in, his face fallen. The young man walks head down to the dock. A second individual, dressed in a black shirt, follows him and takes the stand. “Put your hand on the Koran. Do you swear to God to tell the truth?” says the judge to the second man, who is about to testify. “Do you know him? Did you see this individual wearing a Daesh [Islamic State] uniform with a gun in his hand?” he continues, pointing to
Load More
Close ✕ 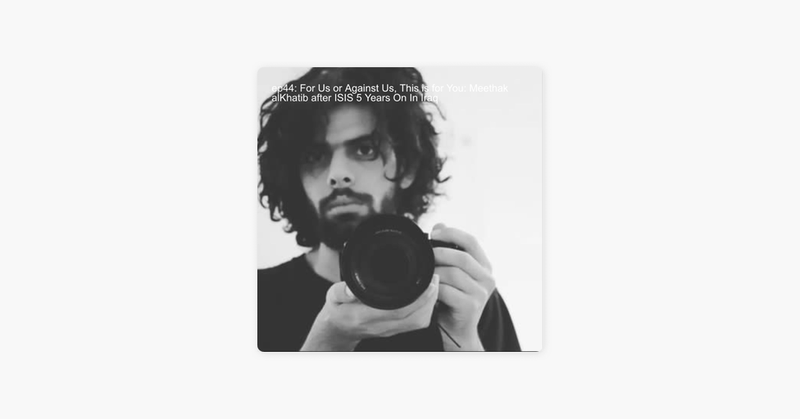 ‎BEARTH Podcast: ep44: For Us or Against Us, This is for You: Meethak alKhatib after ISIS 5 Years On In Iraq on

From October 2016 to July 2017, the battle for Mosul Iraq against ISIS raged. I was there, Meethak al Khatib was there and he was one of our guides, he worked with us messy foreigners and showed us the truth in his country, the beautiful and the damned. Now he's his own journalist, making a name for himself and discovering how to navigate the pitfalls of a country still un-repaired and often forgotten by western countries. I checked in on him. He's an incredible Storyteller and the lessons are a 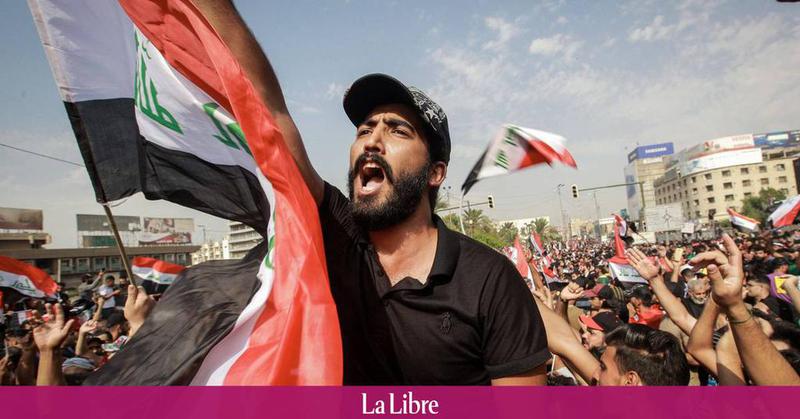 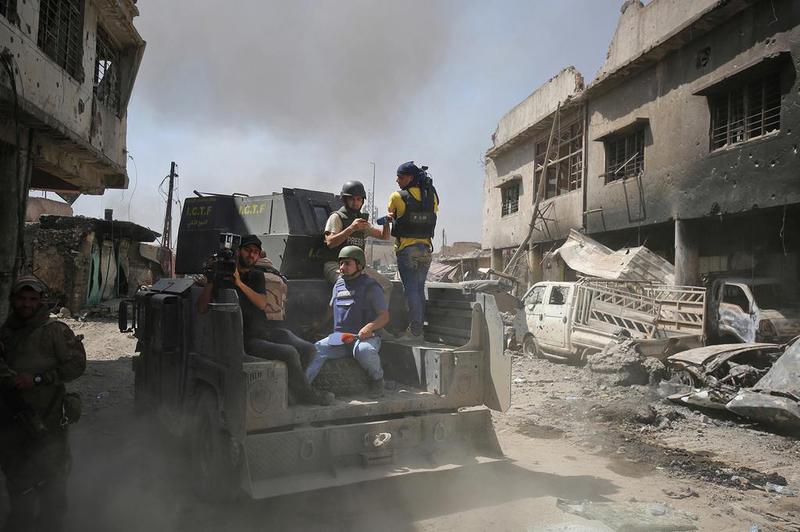 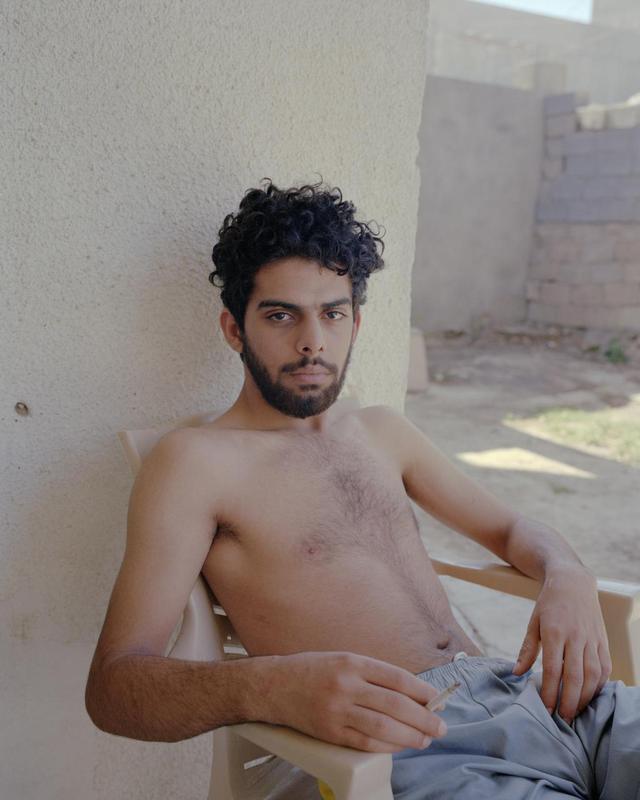 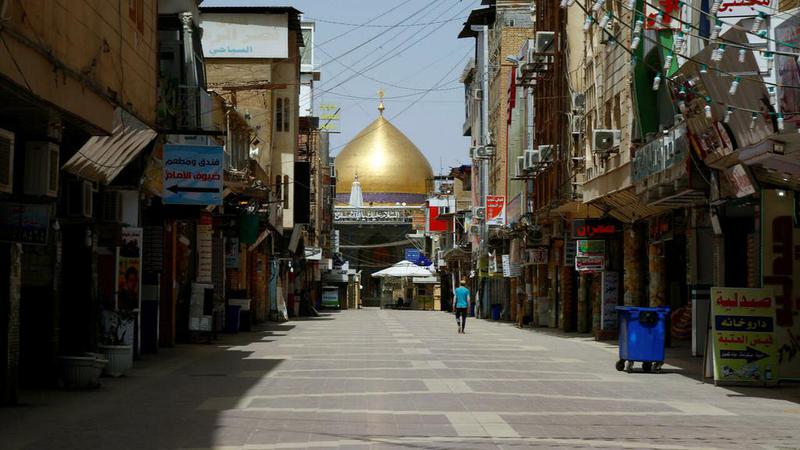 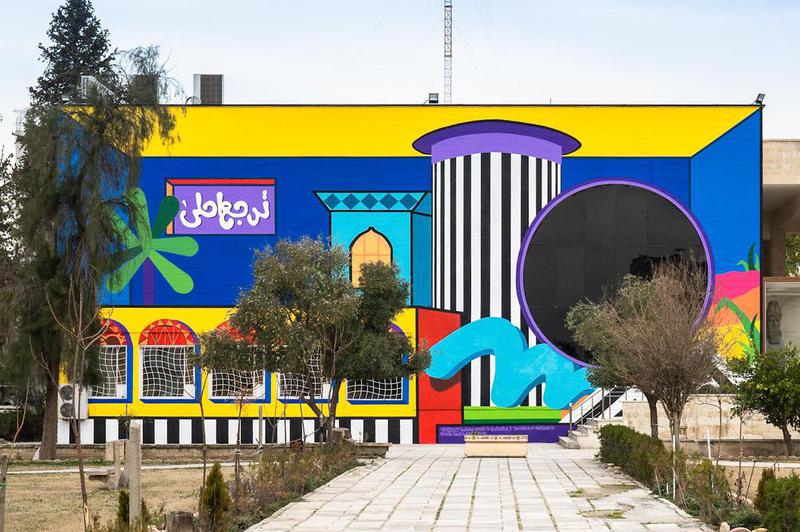